Recently Earl and I went out to California to visit Specialized's offices in Morgan Hill. On the surface, the purpose of the trip was to visit the people who designed the bikes we sell and pick their brains about the choices they made when creating the bikes. While talking to these folks was enlightening, and riding $11,000 bikes was fun, one of my favorite memories of the trip has got to be the overnight bikepacking trip Earl and I did in Henry W. Coe State Park. 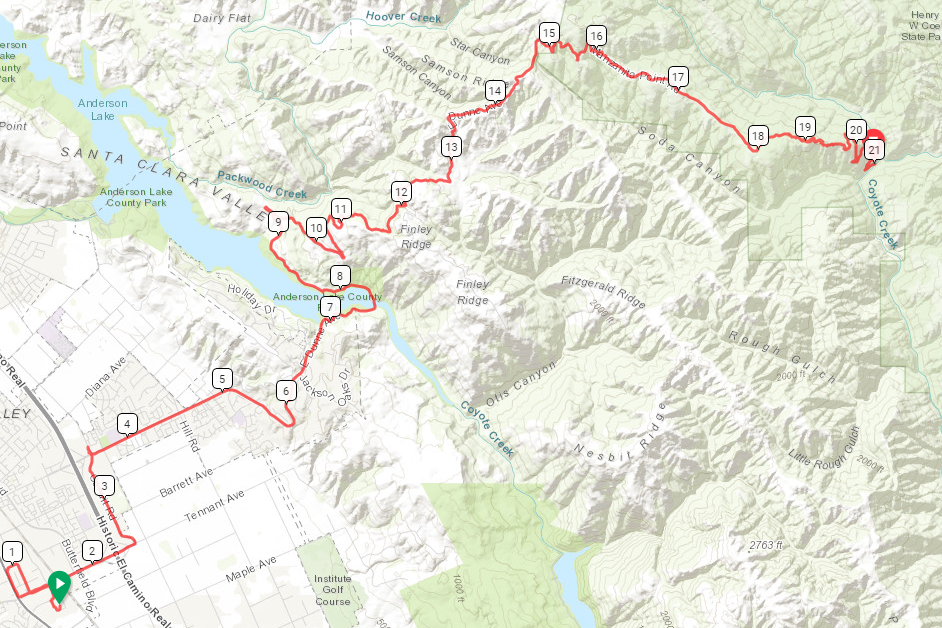 The parkland was once private ranch land; and, now Coe is one of the largest state parks in California at over 87,000 acres with over 20,000 of the acreage devoted to a wilderness area.

Being so close to Morgan Hill, the park has a certain allure to the designers at Specialized. Erik Nohlin claims to spend upwards of 90 nights a year in the park, and at only 15mi from the front doors of Specialized, he can still make a 10:00 am meeting with time to spare. 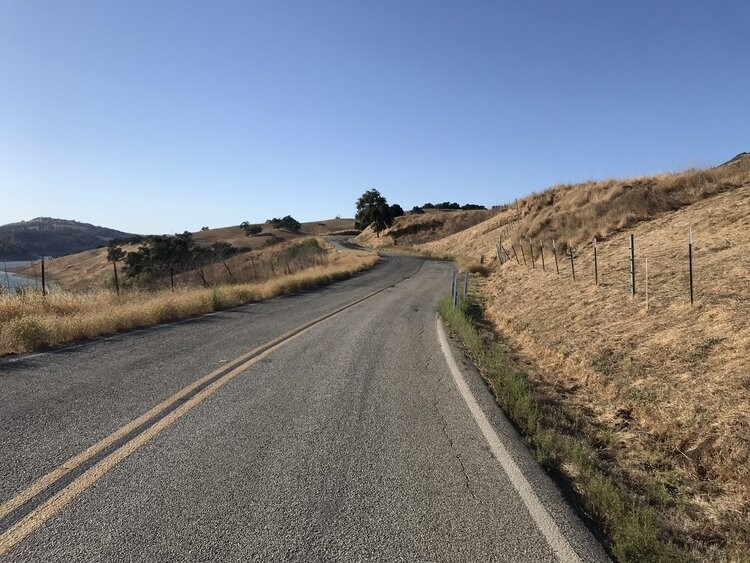 Our trip was simple; we'd make two or three turns out of Specialized's parking lot, and then 19 miles later, find ourselves at our campsite. With a quick stop at Mariscos La Costa for burritos, we were on our way. Both Earl and I were taken aback at how quickly the urban sprawl of Morgan Hill faded away. In Atlanta, if you want to get out into the country, it takes about an hour of riding to get anywhere. After an initial climb through a somewhat suburban hillside, we found ourselves nearly alone with ranchland to the left and a reservoir to the left.

The climb took the better part of an hour and a half. At that time, we saw maybe three cars, another five riders, and four tarantulas. Coe sits atop a dead-end road, and that contributes to a lack of car traffic—a welcome fact as I wanted nothing more than to focus on the burrito carried in my 40oz crusher. After skirting around a reservoir and climbing another 2000ft, we arrived at Coe, signed in, and learned we were just in time for Tarantula Fest—perfect bivvy season. 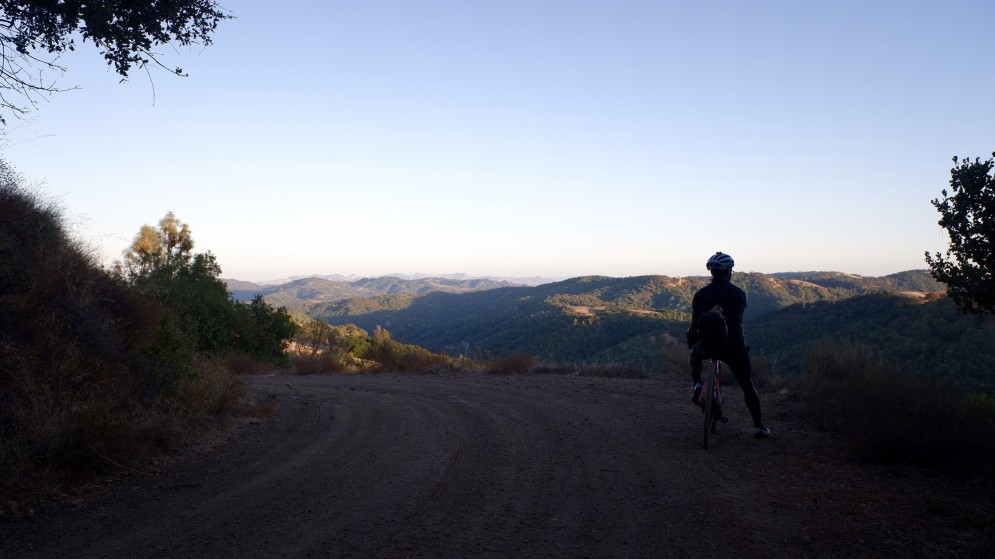 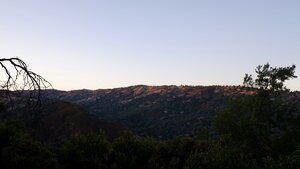 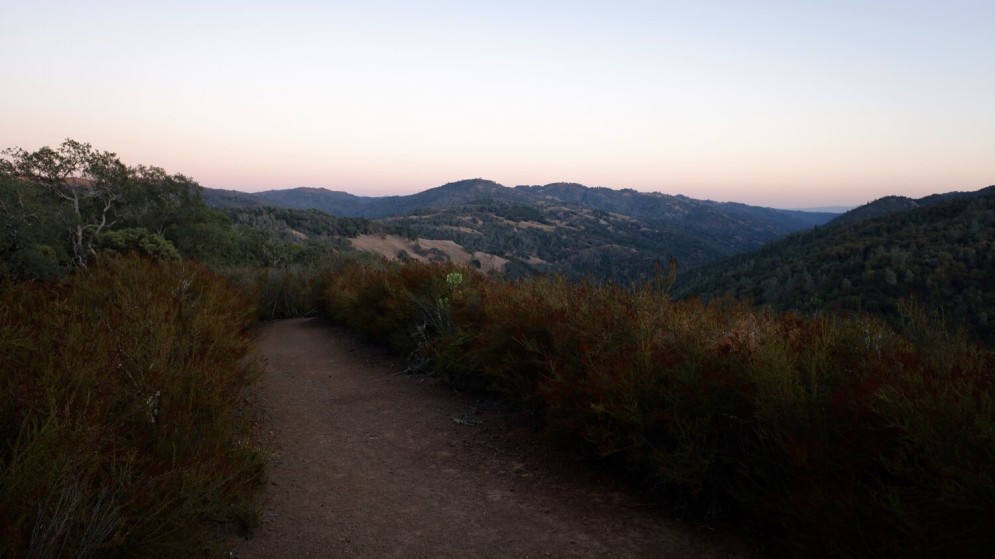 Now came the reward for that 3000ft of elevation gain. In about 4mi, the trail dropped nearly 1000ft down into the park all on dirt. As Earl and I rounded the first corner, we took in a breathtaking view of the park. At once, we understood why this place captured the imagination of Nohlin and others at Specialized. The setting sun made the dry grass look like gold, and in every direction, we could see nothing but wilderness. Earl captured most of the descent down China Hole trail on his go-pro, and the footage shows just how much fun we were having. Even fully loaded for a chilly night of camping our bikes were nimble and predictable as we sped down the smooth trail. Unfortunately, Earl's burrito bounced out of his bag, and we had to backtrack up the trail a little bit to find it. Thankfully there was not too much dirt on it, and the salsa had remained safely in his bag. 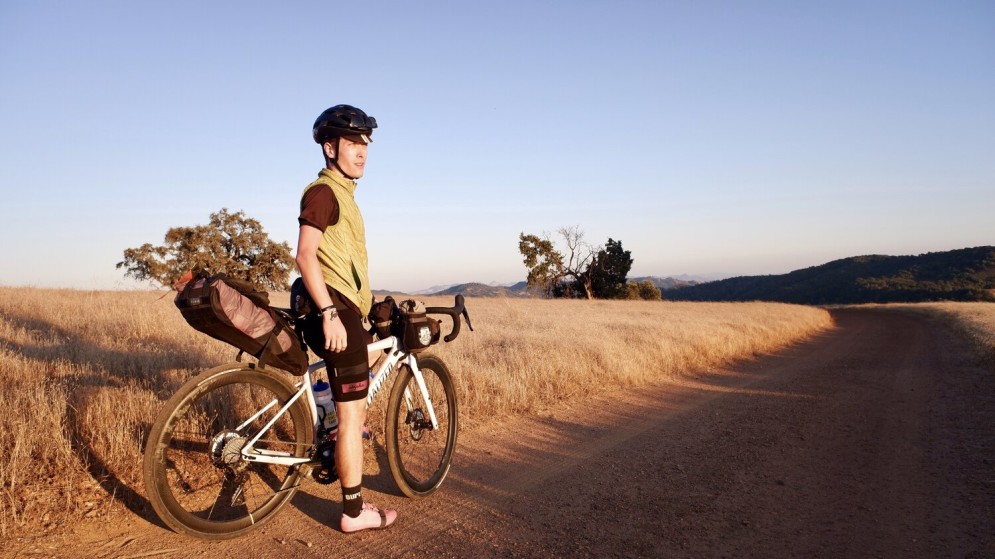 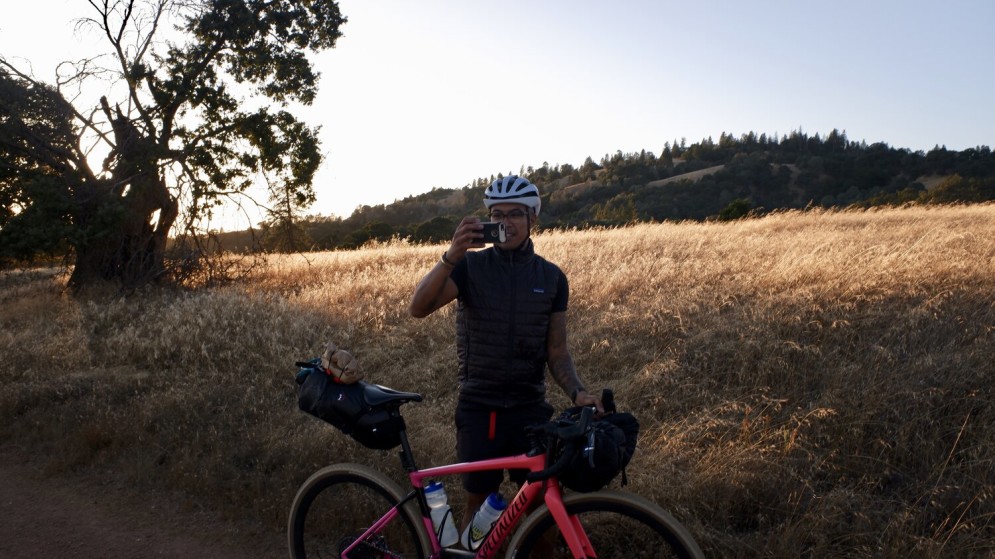 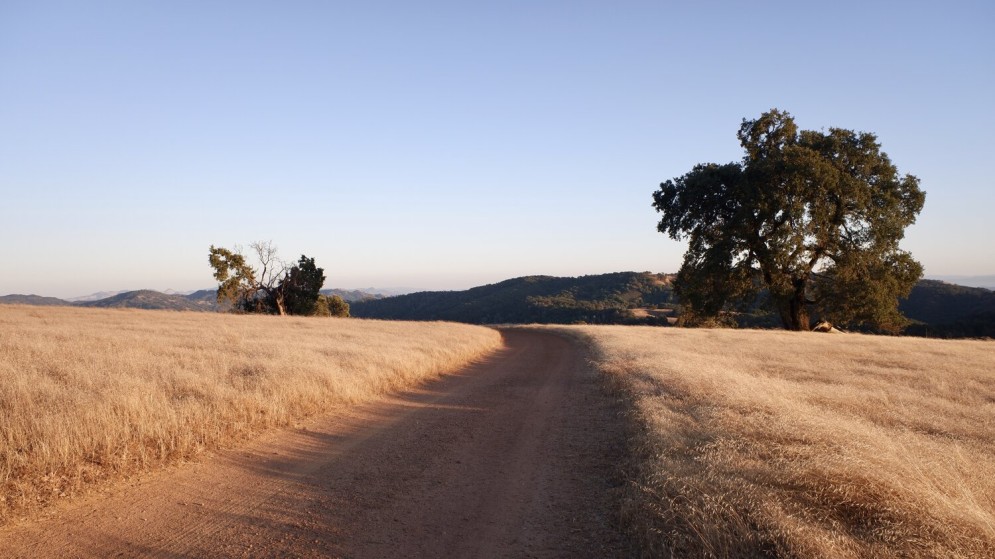 The campsite was fantastic, less than 20mi from our start, and it felt like we had driven hours and bike hours still to find a location this remote. We rushed to get our sleeping arrangements sorted as the light faded, and after scarfing down our burritos, we both passed out in minutes. The moon was bright here, brighter than Atlanta, or Morgan Hill, and as it rose sometime in the middle of the night, I awoke to some of the brightest stars I'd seen in years. Again this was all barely 20mi from where we started. I still hardly believe how remote parts of California this close to Silicon Valley can get. 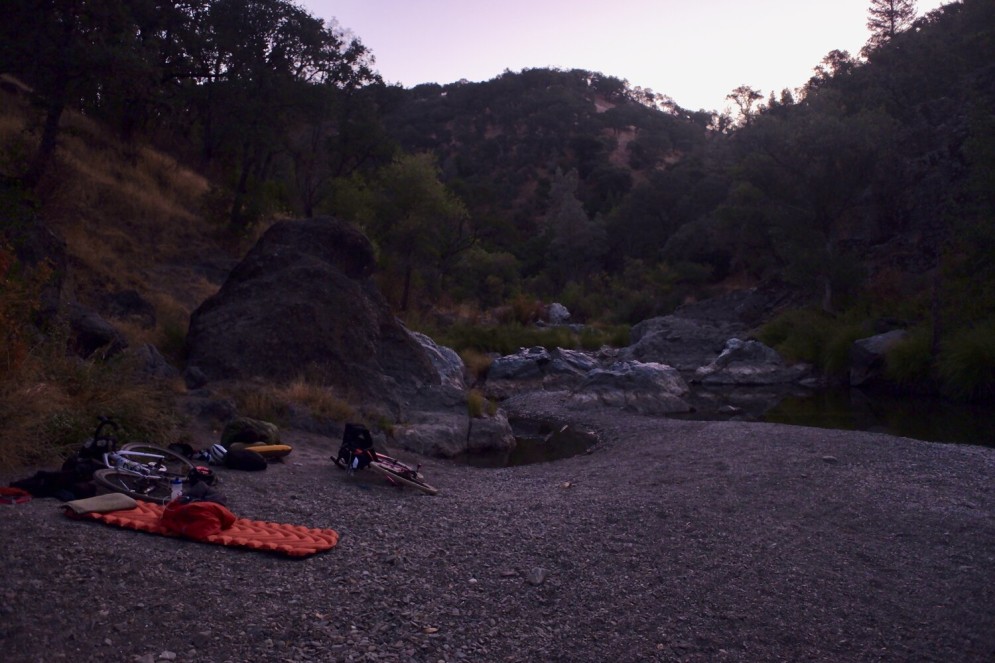 In the morning, we awoke made coffee, Earl took a dip in the pond, and I lamented how difficult bikepacking bags are to pack up quickly. In the future, I will likely use panniers on short overnight trips like this. We steeled ourselves for the climb out of China Hole. Despite the cool evening air trapped in China Hole with us we warmed up quickly as we pedaled up the ridgeline to meet the sun’s rays as they inched down towards us. Back at the ranger station, we talked to one of the rangers about the park, their funding woes, and got some tips on where to visit on our next trip. We ate some snacks from the store, got some patches for our scrapbooks, and saddled up for the downhill back into Morgan Hill.

In ten miles, we lost 2,700ft of elevation. It is some of the longest downhill I've ever done! Once we coasted back into Specialized's block, we stopped at Morgan Hill Bowl, a local favorite recommended to us by Matt, our inside man at Specialized. Breakfast had never tasted so good. We slow rolled back into Concord Cir, dropped out bikes back with the rest of our gear— thanks Matt— and got cleaned up. We were already dreaming of where to go next to Coe.