We aren't satisfied with second fastest. Hell, why do you think we have our own Win Tunnel and the motto, "Aero is Everything?" We live and breathe aero, because we know that aerodynamic optimization is the best thing we can do to make you faster. And this philosophy has never been truer than with the new Venge. Being eight seconds faster than the ViAS, it’s not only the most aerodynamic bike on the road, but it’s also lost 460 grams. And now with SRAM RED eTAP, you’re definitively looking at the new shape of speed.

Surprisingly, our quest for the perfect tube shapes didn’t start in the Win Tunnel. It started with a new piece of technology, the FreeFoil Shape Library. Our engineers wrote an optimization algorithm and utilized a supercomputer (yes, we used an actual supercomputer) to help create new airfoil shapes with different weights, surface areas, and structural targets. Armed with this library of shapes, all with different aspect ratios, we could plug them into the different parts of the bike and test a variety of configurations to determine the fastest setup in the Win Tunnel.

Compared to the fastest aero road bike to date (the Venge ViAS), and many others in the space that we won't name here, the new Venge is eight seconds faster over 40km at zero degrees of yaw. It's also faster out on the road in all wind conditions—not just in the tunnel.

And while it's cool that the new Venge is more aero, there are other factors to fast. Striking the perfect combination of weight and aerodynamics plays a crucial role in a bike’s overall performance. A bike that’s strictly aero will feel great on the flats, but it'll suffer on the climbs and in quick accelerations. A bike that’s strictly lightweight, however, will suffer on everything but the steepest climbs. So, not only did we make the Venge more aero than the ViAS, but we also took 460 grams out of the module weight. This means we saved 240g in the frame, 25g in the fork, 107g in the cockpit, 25g in the seatpost, and 63g in small parts. So no matter the course, the Venge will prove to be the fastest option when you need to go up, down, and all around.

Much of this weight savings comes from our Rider-First Engineered™ tubes. We implemented much of the discovery from the new Tarmac's development, like different layup schedules and materials, and this culminated in a Venge that’s not only lighter, but one that also has a higher stiffness-to-weight ratio and 40% more compliance than the ViAS—no matter the frame size. And while you can't always see these changes, all it takes is one ride to feel the quick accelerations and the bump-eating compliance.

Of course, we didn't stop there. The geometry got an update, and now, it's based on over 40,000 Retül data points, as well as professional rider input. This enabled us to implement a Performance Road Geometry that perfectly combines a responsive front-end with a short wheelbase, and this delivers instantaneous response and optimal power transfer.

Last, but certainly not least, the Venge houses some exciting new features. The new cockpit, developed in partnership with our World Tour teams, features a stem with a higher stiffness than anything we’ve ever tested, new bars that are faster, lighter, stiffer, and feature a textured pattern on the tops for extra grip and control. Next up is tire clearance—it has no problem clearing 32mm-wide tires. 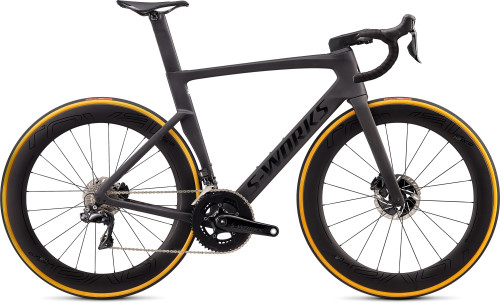 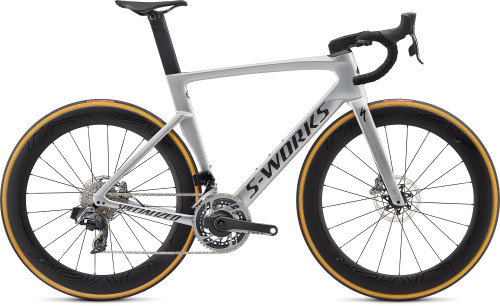 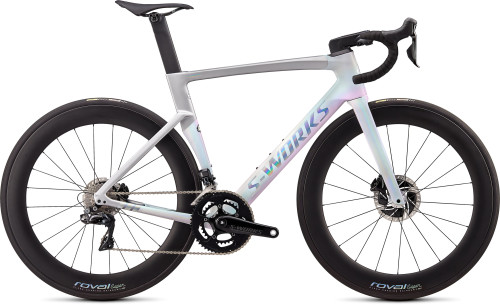 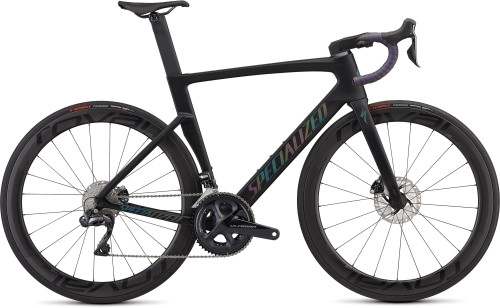 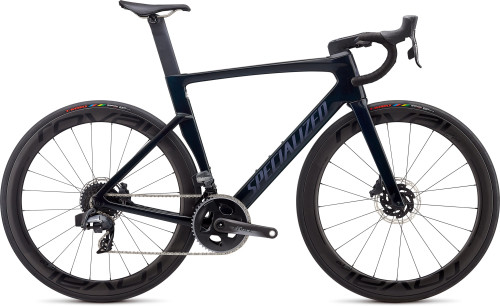